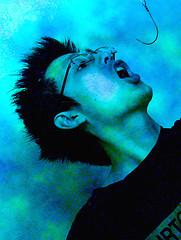 Vending Business Opportunities Buyer Beware  MIAMI — The Justice Department has unsealed an indictment charging 10 individuals with defrauding thousands of victims across the country in a bulk vending business-opportunity scam.

Vending Business Opportunities Buyer Beware  The indictment is the result of a probe by the U.S. Postal Inspection Services and was returned by a federal grand jury in Miami. It alleges that during telemarketing calls, managers, sales representatives and operators of locating companies associated with Multivend LLC (dba Vendstar) misrepresented the profits customers would make and the locations they would receive for bulk candy vending machines. It also alleges that Vendstar’s sales representatives falsely claimed to operate their own profitable vending machine businesses.

Vending Business Opportunities Buyer Beware  According to the indictment, Vendstar advertised nationwide in newspapers and on the Internet. Vendstar sales representatives promised to provide consumers with everything they needed to operate a successful business, including vending machines, an initial supply of candy, assistance in finding locations for the vending machines, training and ongoing customer assistance.

Prosecutors said the locating companies that worked with Vendstar to close deals had no special skills, tools or expertise in finding locations. They generally placed customers’ machines “wherever they could as quickly as they could, often in businesses that had not agreed to house the machines and that soon demanded they be removed,” according to the charge.

The indictment also alleges that the vending machines generated little business and that Vendstar’s customers lost all, or nearly, of their investments. The typical customer allegedly paid about $10,000 for the business opportunity.

Vending Business Opportunities Buyer Beware  Vendstar was incorporated in Indiana and operated until July 2010 from Deer Park, NY, according to the indictment.

Each of the defendants is charged with conspiracy to commit mail and wire fraud, and an enhanced penalty for telemarketing , which together provide for a maximum sentence of 10 years in prison. Weaver, Kaplan, Benowitz, Goldberg, Linick, Raia, Strauss and DiRenzo also are charged with mail fraud, and/or wire fraud, each of which carries a maximum of 20 years in prison.

The charges are part of a continuing crackdown by federal authorities on business opportunity fraud that during the last several years has resulted in more than 100 convictions in the Southern District of Florida alone.